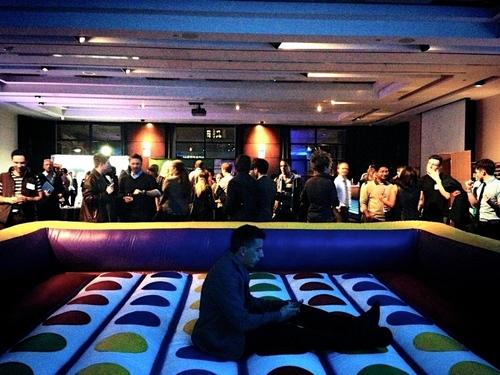 The line between work and play is blurry in the tech world. So, as more young people flood into the city for work and look for friends, networking events have become a new sort of party circuit. It’s a scene that mixes trendy startup lingo (“iterate,” “game change,” “scaling”) with more traditional fare (booze, games). One of the organizers called it a kind of “work centric rave.”

The team behind Startup and Tech Mixer events think the demand for raucous and potentially career-building events is huge. To that end, they took over several floors of the W Hotel in downtown San Francisco. The event offered at least two large spaces for networking, as well as one space that was devoted to fireside chats about startups and scaling companies.

What set the event apart to my mind was an experiential space in which attendees could interact creatively with actors portraying different characters out of Alice in Wonderland or Burning Man.

But, what’s the inherent value of such “experiences?” It’s an interesting discussion. I’m a firm believer that different types of events that stretch the imagination can ignite creativity in those who attend.

This is one of several “work centric raves” that Startup and Tech Mixer has thrown. It was their biggest yet, with at least two thousand attendees. 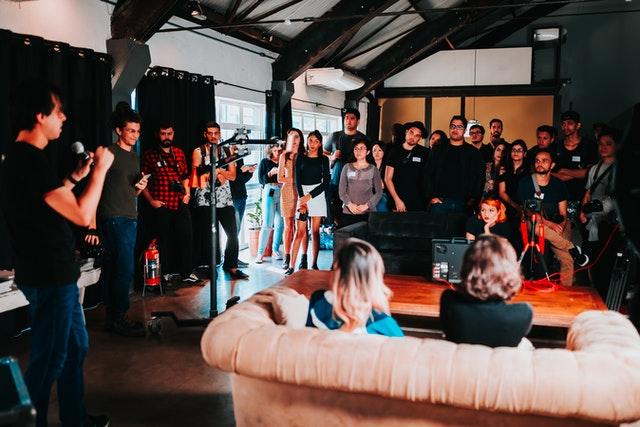 How To Prepare Yourself for Networking Events 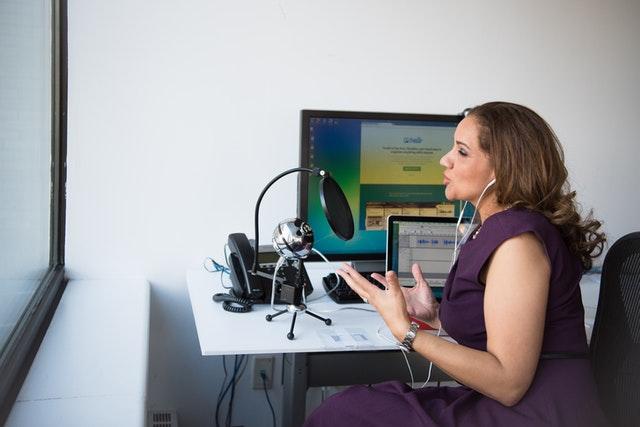 5 Things To Do To Advance Your Networking During the Crisis