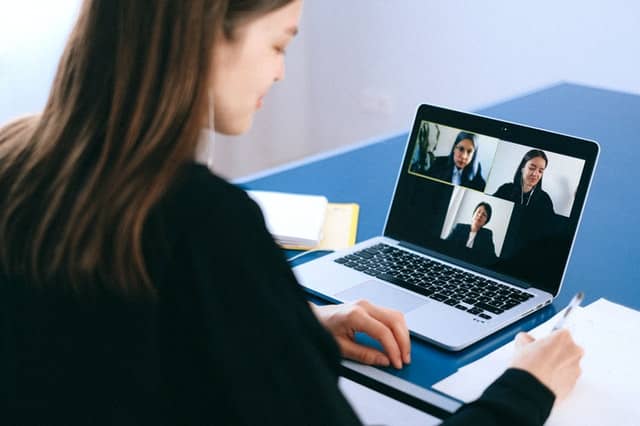 With more and more professionals taking on remote work, people are deciding they don’t have to necessarily stay in bigger tech hubs like Silicon Valley and New York City. The spotlight is shining brightly on regional tech hubs that offer remote workers a better quality of life and potential access to more career opportunities.

As a result, talent is on the move. If you run an established business or startup, you may want to start looking for remote team members in these U.S. tech hubs.

Boise, Idaho is fast-becoming one of the hottest tech towns in the U.S. Homegrown startups are popping up, many focused on robotics, engineering and online software. These startups are growing thanks to a good source of tech talent already available in the city and surrounding area. Boise and its suburbs are known for beautiful parks and a wide variety of museums and restaurants.

I’ve met numerous founders who packed up and left the San Francisco Bay Area with an eye on Boise, and many other Idaho cities and towns, such as Coeur d’Alene, Missoula and Twin Falls.

Reno, Nevada, and the nearby city of Sparks has been gaining interest in recent years and attracting talent from all over the country, especially after Elon Musk chose the area for the first Tesla Gigafactory.

New and relocating companies have drawn talent to fill thousands of jobs. Just north of Lake Tahoe and Carson City, Reno has a business-friendly tax structure (like the rest of Nevada), government assistance and collaboration for startups, natural beauty and numerous outdoor activities, and affordable housing.

Portland, Oregon, and its suburb Vancouver, Washington are part of a massive tech corridor that runs along the I-5 from northern Oregon, through Tacoma and Seattle, up to Vancouver, Canada. More tech firms are moving to the region, drawn by an outdoor lifestyle, tech talent, a focus on sustainability and public sector support of the tech sector.

A married couple I know well who work in tech moved there in the middle of the ongoing crisis. They exchanged their tiny San Francisco Tenderloin apartment for a spacious three bedroom in Portland’s Pearl District. They’re not coming back.

Bend, Oregon is a three-hour drive over the mountains to the southeast of Portland, and it’s highly popular with California expatriates now too. A doctor friend who moved there chastised me for including it in this post, because she didn’t want her secret to get out.

Let’s stay with the Pacific Northwest and go to Spokane next. It’s a 30 minute drive across the state line from Idaho’s Coeur d’Alene. Although all eyes have been on Seattle for many years due to companies like Microsoft and Amazon, smart talent has quietly moved to the more affordable, growing tech hub on the other side of the state.

Spokane is affordable, offers good job opportunities and gives numerous perks for startups or established enterprises that want to set up shop there.

No mention of Vegas is fair if it doesn’t include Tony Hsieh and his online shoe and clothing retailer Zappos. He moved the company to nearby Henderson in 2004, then downtown in 2013. It revitalized the area.

Vegas is known for affordable commercial and residential real estate, cheaper housing and numerous startup incentives. The city has been named one of the top 10 places in the U.S. where tech talent is moving, with Google, Amazon and many other tech companies joining in.

The fifth largest city in the country, Phoenix, Arizona is rising on the list of top spots for tech talent. Local universities report more tech degrees than jobs, with talent eagerly looking for opportunities with small and medium-sized businesses. Professionals from California have been slowly streaming in over the last decade or more.

San Diego, California has been the home of major tech companies for many years and has long given Silicon Valley a run for its money, especially in biotech. Along with Amazon, other startups in gaming, esports and software have helped the city develop into a formidable tech hub.

As part of “Silicon Prairie,” Kansas City’s tech scene has grown in recent years by adding more talent partly through a significantly lower cost of living than the coastal tech hubs. One of my best friends who moved his family to the Kansas City suburb of Olathe, Kansas happily remarked that he bought a big home for less money than he paid living in an Oakland, California apartment.

Omaha, Nebraska is another tech hub considered part of “Silicon Prairie.” Business leaders there have worked hard to attract more tech talent and startups in recent years. The city is renowned for its museums, zoos and schools. It’s also famous for being the home of Warren Buffett and Berkshire Hathaway, along with some of the world’s biggest construction companies and financial/insurance firms.

Along with Lincoln, these Nebraska cities provide talented tech graduates an affordable and high quality of life. Public and private initiatives continue to attract existing and new companies.

According to a report by real estate investment firm CBRE, Dallas-Ft. Worth is rapidly adding tech talent and attracting startups and companies in the process. There’s a high number of local university graduates and an extensive millennial population eager to get to work.

Dallas is a world-class city that is deeply loved by the huge, talented workforce that calls it home. The North Texas area offers business incentives, tax breaks, affordability for businesses and talent. It’s known as a national leader in multiple industries, including IT services, food manufacturing and telecommunications.

Everyone wants to talk about Austin these days, but just a 90 minute drive from it is another industrious Texas city that thousands of tech workers call home. My cousin who recently moved there from California loves using the third bedroom in his new house as an office. His commute is now gone and he has more time to play with his kids.

A 2020 survey by Zillow also ranked San Antonio sixth among up-and-coming tech hubs in the country. Zillow based the rankings on economic strength, pool of tech workers, commute time and internet quality, among other factors. San Antonio is also listed as the second-largest cyber hub in the U.S. along with a growing tech district.

Minneapolis and St. Paul, Minnesota are burgeoning tech hubs. The Twin Cities are drawing talent and entrepreneurs focused on making a difference and who have a social purpose in mind. Public, private and civil organizations work together to create and offer incentives for businesses and talent.

Pittsburgh, Pennsylvania has fast become a hotbed of tech companies, including Microsoft, Apple, Amazon, Zoom, Google, Facebook and more. On the comeback trail after the fall of steel, the city is attracting startups with a diverse array of talent, investors and technology councils and associations.

One of the hottest tech hubs these days, Miami, Florida is attractive as a diverse location with no sales tax and good weather. Thousands of workers from New York City and the Northeast have moved to the city in recent months. This past year, even one of my longtime San Francisco friends packed her bags and moved to Miami (where her Mom is), then settled down with a guy and had a baby.

Miami also has a strong investor presence and positive local incentives for startups and existing businesses to looking to make a move.

Atlanta, Georgia is carving out a niche in the payments and logistics sectors along with related technology segments. “The ATL” offers a competitive cost of living, access to incubators and investors, and a strong base of college graduates. Atlanta is also making a name for itself through a focus on diversity for a more inclusive business environment.

Raleigh, Charlotte and Durham, North Carolina make up the “Tech Triangle,” a long-flourishing tech hub. The region continues to distinguish itself with an impressive graduate talent pool, favorable tech hiring conditions, excellent infrastructure and local support for startups and companies. These cities have a large, growing millennial population along with low-cost, balanced living.

Huntsville, Alabama is gaining traction as part of the country’s “Southern Silicon Valley.” It’s one of the highest performing cities in the country related to available technology jobs, especially in biotech and aerospace. The U.S. Space and Rocket Center is located there. Along with a low cost of living, Huntsville is projected to be one of the fastest-growing cities in the U.S. in the next few years.

CBRE named Tampa the top tech city in Florida in 2020. This hub has a sizable number of tech jobs along with the talent to fill those positions. Entrepreneurs and talent like Tampa for its affordability, lifestyle, and location. There’s a strong university, research, and investor environment to fuel continued growth.

Nashville, Tennessee is a leader in small tech markets based on its concentration of millennials and growing population of new city inhabitants. Both demographics are drawn to housing affordability, lower cost of living, music, and nightlife, and a focus on quality living. Amazon is currently ramping up its Nashville operations as it builds an East Coast logistics hub there. Overall, tech recruitment and employment have grown steadily over recent years.

Other top tech hubs with talent

If you’re hiring remotely, the whole country is your oyster now. Whether it’s Cincinnati, Louisville, Jacksonville, Honolulu, Long Beach, Boston, Fayetteville, Arkansas, or Provo, Utah, almost any growing city is a good place to hire. There’s almost no limit to the extraordinary opportunities to build a strong team of remote workers to drive your startup or expand your existing business. 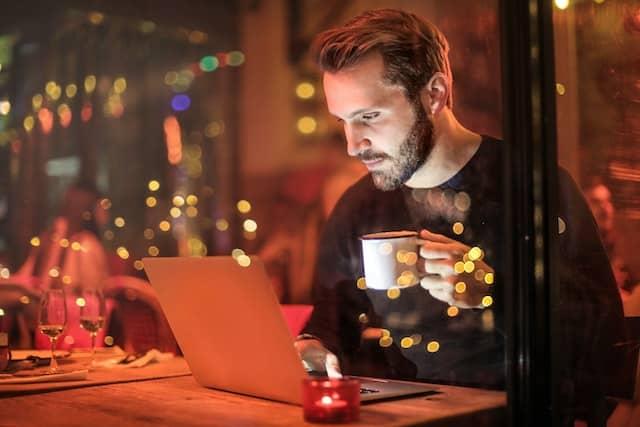 Remote Work: How to Stay Organized and Productive 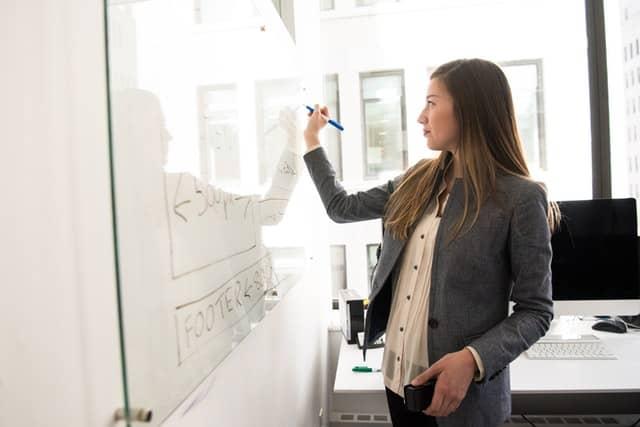 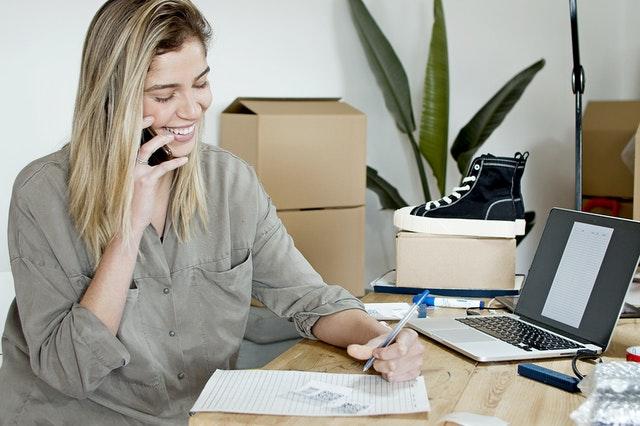