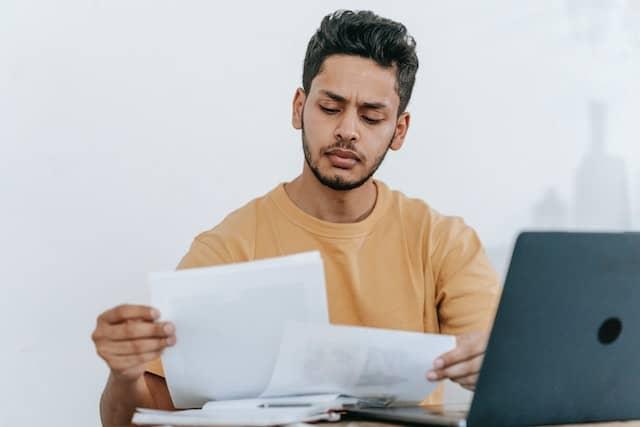 I meet a lot of highly successful people with a chip on their shoulders. One of the ways many of them have gotten to the top has been by being their own worst critic. Critical thinking goes hand in hand with intelligence, and it would be silly not to use your intelligence to your advantage to create a more successful version of yourself.

However, if you’re not careful, self-criticism can quickly become counterproductive. I used to spend quite a bit of time fighting my inner critic and feeling frustrated when I was being hard on myself. I wasted a lot of energy willing my inner critic to go away before I realized being your own worst critic can be extremely valuable.

Instead of thinking about it as your worst critic, what about being your own best critic? In the end, it’s a similar state of mind, but it’s a whole lot more productive. Here’s what you need to know to use self-criticism constructively as a tool to become the best version of yourself.

In today’s world, we often talk about self-compassion, acceptance and forgiveness. These are important ideals, but they don’t have to be mutually exclusive with being critical. Your self-critic can exist alongside self-love and care.

It’s not helpful to be upset about the fact that the critic exists. Listen to your self-critic (within reason), and recognize if your self-criticism is devolving into self-hatred.

Instead of despairing when your inner critic pops into your thoughts, think of self-criticism as part of healthy, regular self-reflection. Examining the way you live and work and making judgments about your thoughts and actions is necessary to create positive changes in your life.

2. Learn from your mistakes

All kinds of situations require critical thinking, and we depend on our self-critic to better ourselves.

For example, say you just ran a disorganized meeting in which the objective wasn’t accomplished. As the leader, you need to think about what you could have done differently to create a different outcome.

Maybe you should have been more assertive or could have done a better job of being clear about the goal of the meeting. If you ever hope to run a successful meeting again, you need to listen to your self-critic to learn where you went wrong and use that information to correct your mistakes the next time.

In situations where things did not go as you’d hoped, your self-critic can be extremely valuable. Listen to that inner critic to learn what went wrong and embrace any changes you need to make to improve so you can be more successful in the future.

Whatever you do, don’t obsess about self-criticism so much that it stops you from engaging with coworkers or holding meetings.

Being self-critical only becomes destructive when you’re not providing yourself with constructive criticism.

Try to critique yourself the way you’d critique a friend. Think of two, related positive things about the topic at hand and create a “compliment sandwich.” Consider one positive outcome about the situation before delving into the negative. The positive thing could be as simple as the fact that you can learn from the experience. After engaging in a bout of self-criticism, remember one other positive thing about yourself or your behavior.

For example, if you’re beating yourself up for not exercising that day, think of something else you accomplished instead. Say you were able to catch up with an old friend. Thank yourself for taking a rest day or congratulate yourself for the progress you have made so far. While it is important to remember some positives, you should also retain a bit of self-criticism if you want to accomplish things like fitness goals, so don’t despair when that inner critic enters your thoughts.

4. Critique your work — not your self-worth

Self-criticism gets a bad name because constructive criticism can devolve into irrational feelings of worthlessness or despair. The key to using self-criticism productively is to preserve your sense of self-worth.

Any artist will tell you that critiques are necessary to improve your work. You can use your critical eye to your advantage and make improvements in your life all on your own. However, it is important to critique things that you can change, and when you start questioning your motivations, abilities, or self-worth it’s a good indication that your inner critic is no longer being constructive.

Try to avoid self-criticism about things you cannot change relatively easily, such as your personality (introversion, intelligence, etc.) or your looks. Instead, focus on things you can change. Next time you can be more prepared, or communicate more effectively with those around you. It is okay to feel disappointed in yourself as long as you remain forward-thinking and adaptable.

Your own best friend

Whenever you engage in self-criticism, remember you are your own best friend, and you need to speak to yourself as such. A little tough love can be useful, but remind yourself of the positive things about yourself and your actions whenever you engage in self-criticism to ensure your relationship with your inner critic remains balanced, healthy and productive.

Check out my recent appearance on Shayna Weldon’s podcast episode.

We go over questions like:
“What does success look like for you?”
“Do you feel you reached success?”
“How did you make a stand for yourself and your career at an early age?”