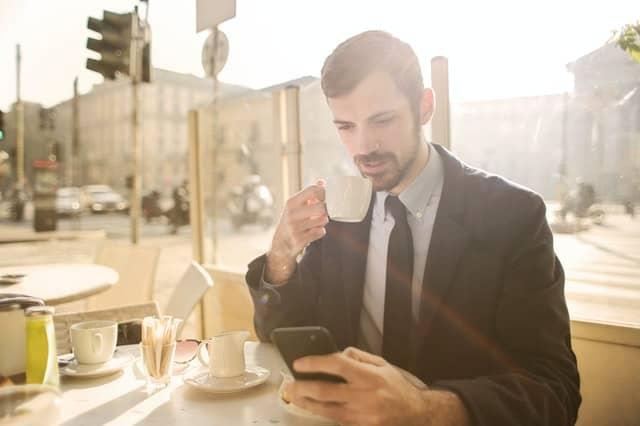 Change is the biggest constant in all our lives now. A years-long health crisis and runaway inflation are changing how millions of us live every day. People are moving to greener pastures all over the U.S., whether it’s to find better weather or pay less taxes. Many find themselves sitting down to set new goals or resolutions.

Yet how many of your past goals have you met? If you’re like many people, you might find it challenging to reach those goals and then keep them. That’s often because many of us try to white-knuckle our way through by virtue of sheer willpower.

As it turns out, there’s a simpler and easier way. The key to personal and professional change is the ability to set new, productive habits. The power of a well-formed habit means you don’t have to plan out your choices so much. New habits can help you achieve your goals without wrestling with yourself over every little step along the way.

As you continue to build the life you want through healthier and better habits, keep these three things in mind.

1. Building new habits doesn’t get rid of old ones

Current research shows that the process of creating new habits doesn’t necessarily remove the previous thought patterns and beliefs that powered your prior choices. Continuing to feel the urge to behave in the old way — that is, the way you’re trying to transform — is perfectly normal.

The secret isn’t to power through and force yourself to keep making the new, better choice for any specific period of time. Rather, a better approach is to consciously change your thinking and belief system so that you value the new behavior and the interests more than you value the old habits. Creating meaning and value in the desired new habit will take you a lot farther than mere willpower.

For any new habit you’d like to form, clarify your answers to the following questions:

Coming up with strong, compelling reasons why you want to create a new habit and stop doing things the old way is key to successfully reaching your goals.

There’s no silver bullet to forming new habits. The uncomfortable truth is that it’s challenging to change. Most of us find it difficult to get out of our own way and create positive change. The rapid pace at which gyms begin to clear out come February is proof positive of that fact.

People often confuse attitude and actions. It’d be simpler if adopting the right attitude automatically translated into permanent, meaningful change. The truth is that the action often must precede the attitude. As Kobe Bryant often suggested, the most important time to go to the gym are the days when you really don’t want to go at all.

As Charles Duhigg said in his book, The Power of Habit, any habit you’d like to make or break contains three specific parts:

Changing this three-part process often inherently means being uncomfortable — at least at first. But being uncomfortable is a temporary state that eventually transforms into being at ease with the new way of doing things. Accept this before you begin taking steps to form those new habits and you’ll be more likely to stick with it long enough to get to the rewards.

3. Have compassion for yourself

One common mistake people make is spending precious mental and emotional energy focused on self-deprecation for a perceived “failure” to succeed in forming a new habit. You may well feel as if you’ve made errors along the way, or that you haven’t done enough to reach your goal.

It’s not necessarily a bad thing to have an internal critic. The ability to objectively assess and optimize your efforts can help you create those new habits more easily and quickly. However, no one is perfect, and the road to success in creating and optimizing those efforts can be rough sometimes. Don’t beat yourself up when you make mistakes or fall short of the goal. By all means, hold the bar high, but be kind to yourself along the way.

In fact, if you’re pushing yourself to your limits, then you should be falling short sometimes. Otherwise, you’re not challenging yourself enough. Extending some compassion to yourself during those times will make your growth far more sustainable.

Swap those resolutions for habits

So, as many of us go through a period of intense change, don’t make a long list of goals that you may not be able to reach. Instead, why not focus on creating healthier and more productive habits? Focus on one or two habits at a time, and give yourself enough time to reprogram your automatic behaviors.